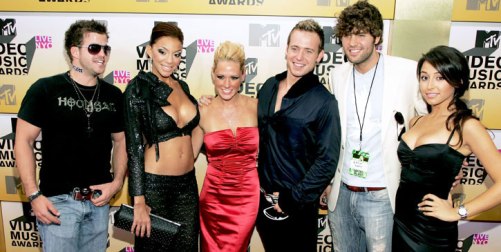 Battle of the Seasons was a Challenge that brought a lot of new blood to the playing field. One season that was not present during this season was Real World Key West. The absence of this team prevented a lot of eager veterans, and champions, from competing during the season and it left production with on sour Banana to deal with.

Apparently, Key West was contacted by production. While it is not clear who was on board, it seems likely that the cast would have consisted of Bananas, Paula, Tyler, and Janelle. If this is true, it would have produced a team compiled completely of Challenge champions. Battle of the Seasons was a season designed to give the rookies a fighting chance, and a Key West team would have been a group of people who have no problem dominating the Challenges . Clearly, this team did not fit in with the theme and ultimately this was considered when the team was cut from the cast.

However, putting a Key West team on this Challenge would have produced a new threat to Bananas (and perhaps a valid reason from him to be Franks “rival.”) While Johnny is used to being the top dog, this season produced a strong band of rookies who stood together to make it through the game. If Bananas wanted to team up with veterans, his only options would be Alton, his enemy Wes, or his former BFF Sarah. Most of the strongest competitors this season were rookies (CJ, Zach, Frank). This means Bananas would definitely have some strong competition that would not work with him.

As we know, Real World San Diego won the season. So was it worth it to keep Key West off the season?

9 thoughts on “Throwback: Did Real World Key West Get Screwed?”

Would you like Danny J. to return?
Name a more iconic competitor!
Tbt to the original Battle of the Exes.
Transformation Tuesday. This is Kyle. Doesn’t even look like him to me. But this was his look when he debuted on Geordie Shore.
Have a great week!
🏆 🏆-🏆 🏆 🏆 🏆 🏆 🏆-🏆 🏆 🏆