As recently noted, Road Rules recently celebrated its 20th birthday. The show has given us many memorable cast members on The Challenge, and despite the fact that some only spent a little bit of time on our screens they made a lasting impression. These are 20 of the people who appeared on The Challenge and left it too soon: 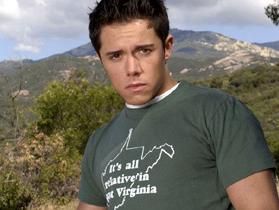 On the 13th season of Road Rules, vulgarity took human form in Danny Dias. His only Challenge appearance was on The Gauntlet 2 where he freaked out on his fellow Roadie Jodi. While he wound up losing to Alton in a humiliating fashion, there is no doubt that Danny could have produced many more humorously uncomfortable moments.

18. Sophia Pasquis (Road Rules The Quest, last seen on Battle of the Sexes 2)

After proving she was one of the tougher females on Battle of the Sexes 2, Sophia made it to the end of her first Challenge. She was the first openly gay person to ever be cast on Road Rules, and it’s a shame her Challenge journey had to end so quickly.

Kendal’s only Challenge appearance was a successful one, allowing her to become a winner on her first season. Not only did she win the big prize, but she also hooked up with the one-and-only Miz. Despite the fact that she has expressed interest, production has yet to let Kendal defend her title.

On Road Rules, he was the all-American and muscle of the team. On Battle of the Sexes, he was the third person out. Not only was he a fan favorite on his original season, but his only Challenge appearance never let him reach his full potential.

Holly didn’t create a positive image for herself during her only Challenge. She ruthlessly eliminated her biggest competition and found herself in many arguments. Despite the fact that she was usually on the losing side of arguments, she was usually on the winning side of mission… at least when compared to the other Road Rulers. Her success on Battle of the Seasons has never been matched, because she has never returned.

On his first Challenge appearance, Dan was a hot mess. When he returned on Cutthroat, Dan was sober and ready to perform. Despite his mediocre performance, his positive life style changes allowed him to establish a better name for himself. Unfortunately, he was not returned because production seems to like drunk Dan more. 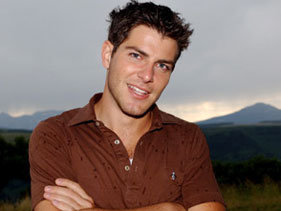 Despite only doing one Challenge, Dave is already a champion. On The Challenge he is best remembers for dating fellow Roadie Cara and being one of the more level-headed people on his team. However, I bet production are kicking themselves in the asses for not getting him on more Challenges when they could because he’s kinda famous now.

Los may be the most argumentative male on Road Rules history. He is best remembered for fighting over pizza and running away from his RV during Challenge 2000. Despite the fact that he was good TV, he hasn’t really been on TV in a while.

Emotional? Yes. Passionate? Yes. Willing to throw a punch? Yes. Ayanna always found herself in some drama, and despite the fact that her frustrations were usually justified she aways blew things out of proportion. Beneath all of this was a solid competitor who probably could have won, or at least caused us to laugh a lot.

Angela was the emotional girl on Road Rules, and it was no different on The Challenge. Despite the fact that she was perceived to be weak and fragile, she managed to last half way through the season and snag a boyfriend along the way. She broke up with her boyfriend Frank, and left The Challenge to pursue different on-screen endeavors.

Tina went out with a bang, and that mean punching Beth in the face. However, there was a time when she has a lot of potential. She came close to winning on multiple occasions only to fall short and come in second. If she kept doing Challenges she could have reached victory, but she never seized the opportunity to reach that goal.

The little foreigner who could, Antoine almost made it to the finals on Battle of the Sexes (and most likely would have won). He was the last person to get eliminated but he didn’t leave without creating some memorable moments. Whether it was attempting to woo every woman in the house or learning American slang, there’s no denying that Antoine could have become a Challenge favorite.

On The Gauntlet 3, Angel was more of a lover than a hater. She was relatively calm and was flirting with Mr. Tenderoni himself Nehemiah. On Road Rules, we saw that she has the potential to get confrontational, and it would have been great to see that side when dealing with some of the snakes on the show.

James was an overly emotional jock. An odd combination, but one that made him ultra-competitive and the center of love triangles. Last time he was on The Challenge he was dating Emily from Road Rules 2. Given the fact that the relationship ended, he could have tried to win over another unsuspecting female.

YO! Belou was a combination of everything you never see on The Challenge anymore: a good motha, a white rapper, and a foreign badass. While we may have needed subtitles to understand most of what she said, she was basically reality TV gold. She clearly learned English from the Jerry Springer show and said “yo” or “bitch” every other word. Perhaps editing her was too tough, or production just couldn’t afford a babysitter, but it was a huge mistake not getting her back. 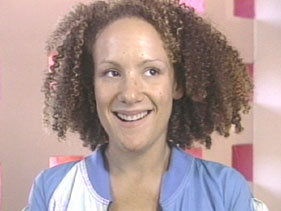 Piggy was on the dramatic side, but who wouldn’t be if you had to go through life with the name Piggy? She was a good competitor, more outspoken than most, and stubborn to the core. The last time we saw her, she took an early flight home due to the fact that people didn’t want her partner Chadwick to be in power alongside his wife Holly. She was original on The Inferno, but had to leave for unknown reasons (though you can find speculation if you look hard enough). Despite her departure, fan were still hoping she’d one day come back.

Perhaps one of the most well-liked Roadies during his time, Yes’s final appearance was massively underwhelming. Getting minimal camera time and eliminated early on Battle of the Sexes, he left sometime to be desired. While he may not have been the strongest guy in the world, he tended to be on the more sensible side and fans showed up to cheer him on during Challenge 2000. He also made the Semester at Sea season seem a little less crazy, given the fact that the main two other representations were Ayanna and Veronica.

1. Ellen Cho (Road Rules The Quest, last seen on Battle of the Sexes)

It’s a true shame that Ellen only appeared on one Challenge, but her sole appearance give viewed everything the could have wanted. Consistently one of the top performing girls on Battle of the Sexes, Ellen spent most of the season in power. Her fearlessness didn’t end on the playing field because she wasn’t afraid to go toe-to-toe with Puck. She’s one of the people you’d love or hate. Too bad we haven’t seen her in 12 years.