Nine episodes in, and we have a new roommate. 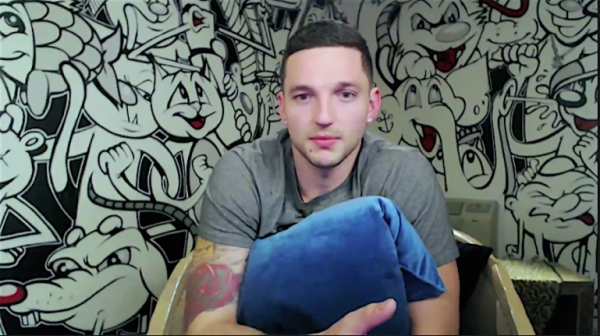 Dylan came to The Real World looking for a party, and now that we have a new roommate, it begs the question: was it needed?

Aside from the exes on Ex-Plosion, we’ve never had a roommate just move in. They’ve always just been replacements. Perhaps Dylan was supposed to be a “mission,” or the cast was supposed to bully him until he quit the campion mission. If that was the case, the cast failed miserably because they’re now sharing their home with another person.

Was this cast really getting that stale? Granted, 80% of the episodes have been centered around Jenna, but there seems to be a lot going on this season. Especially when you consider the fact that they twist can force interested plot lines (like Sabrina looking for her biological mother).

If the goal was to center episodes around new people, that doesn’t seem like it’s going to work because Jenna and Dylan seem to really get along. While Dylan certainly seems like the party type, and may bring some hook-up drama, he doesn’t seem like he’s going to be super confrontational. He also doesn’t (to our knowledge) have a super interesting background story that could bring a new plot line like Sabrina, Chris and Dean did. Yes, he was a stripper, but they milked that for everything it’s worth in his first episode.

What do you think of Dylan? Did this cast need an eighth roommate?

Ten years ago Rivals premiered on MTV. Time flies!
The Redemption house wall vs the main house wall on Dirty Thirty. See the difference? (Clue, check the upper left corner)
Fun fact: when Jo left The Gauntlet 2 she took this T-Mobile Sidekick II. So, the cast lost one of their two phones to contact family. If you wanna relive this freak out and others, check out @rookierevolution’s newest YouTube video.
#tbt remember how Victor did a Challenge?
OK, I loved these two as hosts.
Happy Pride month. Shout out to the OG of LGBT OGs. Norman, the true trailblazer. The first of many amazing LGBT cast members we’ve seen.