With buzz of some old-schoolers expressing interest in The Challenge, some people feel it’s a bad idea to return after a long hiatus. Especially when you look at people like Derrick. Despite not seeing the Cutthroat final, he was the last male on his team (lasting longer than Bananas!) and won his three season prior to that.

Let’s check out some of the others who took a long break and then returned to The Challenge. 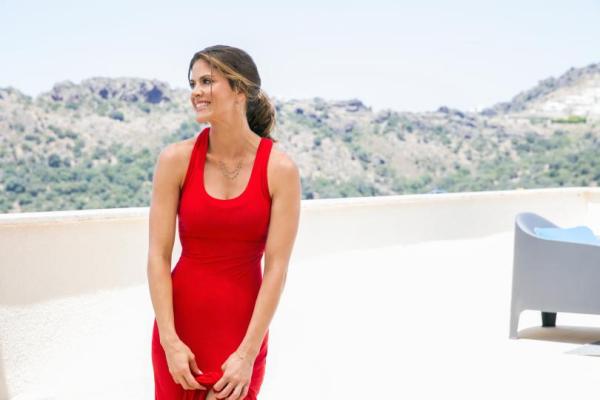 Rachel (Inferno 2- The Island: 3.5 years): While her break was shorter than some of the others on this list, she was one of the first people to go on a Challenge hiatus. Her appearance on The Island was pretty lackluster. However, she redeemed herself on The Duel 2. Her hiatus could have ruined her reputation had she ended with The Island, but she looked more badass than before after her Duel 2 win.

Landon (The Gauntlet 2- The Duel 2: 3.5 years): Landon got no worse with time. Despite losing The Duel 2 due to a shifty move by Brad, he had a stellar performance that season. Then he won Fresh Meat 2 a year later. Time only improved Landon.

Veronica (The Inferno 2- The Ruins: 4.5 years): The Ruins did Veronica no favors. She underwhelmed in the challenges and lost her first elimination ever. Add in the fact that she fought with Tonya, and this was an overall poor showing by Veronica.

Ibis (The Gauntlet 2- The Ruins: 4 years): Despite winning The Gauntlet 2, Ibis was never viewed as a stellar competitor. She lost The Ruins, but her performance was about as mediocre as expected. So retiring after her hiatus did her reputation no harm.

Syrus (The Gautlet 2- The Ruins: 4 years): When Syrus did The Gauntlet 2, he lost to Derrick which surprised many viewers. When he came back to The Ruins he won an elimination and lost another. While he didn’t improve his performance, he also didn’t hurt it much.

Darrell (Fresh Meat- The Ruins: 3.5 years): Returning was an absolutely bad idea for Darrell. He had won his first 4 season and then got disqualified from The Ruins for a fight with Brad. Then he was the first person eliminated on Fresh Meat 2. Definitely not the way he’d like to be remembered.

Alton (The Inferno 3- Battle of the Seasons: 4.5 years): Alton’s return may be the most disappointed on this list. Despite claiming he was “Alton 2.0,” has fought with all of the “children” in the house and “lost” his first elimination ever. This was not the Alton anyone wanted to see, and a bad way for him to be remembered.

Trishelle (The Inferno- Battle of the Seasons: 8.5 years): Trishelle left The Inferno with a bad attitude and not a lot of fans, so her return on Battle of the Seasons was highly successful. After nearly 9 years away from The Challenge she made it to her first final. Of course, we should just ignore Rivals 2 where she quit and erased any positivity she created on Seasons.

Isaac (The Duel 2- Free Agents: 5 years): Isaac made it about midway on both The Duel 2 and Free Agents. His break did nothing to improve or decrease his performance.

Kellyanne (The Ruins- Battle of the Bloodlines: 6 years): While Kellyanne made it to the end of The Island (though she did not compete in the final) and competed in The Ruins final, she really didn’t hurt her reputation too much. On Bloodlines and Rivals 3 she at least showed she was willing to compete and proved she was a decent competitor. Did some people have higher hopes for her? Absolutely. However, her return could have been a lot worse.

Abram (Battle of the Exes- Battle of the Bloodlines: 4 years): Abe’s reputation has changed a lot over the years. Bloodlines solidified her reputation of being absolutely nuts, but it didn’t make him look like a worse competitor. After all, his brother lost in The Pit, not him.

Which veterans are you hoping to see again? And do you think they’ll improve their legacy or make it worse?

Teck stepped us his game this season. Hope he comes back.
How Darrell plays a game of memory 😂
The Austin love is real.
Jodi wasn’t lying when she said she has mammoth hands ✋
Proof these two were homies 18 years ago.
On the way to eat a Greek salad 🥗