One hour. One elimination.

1. Losing without a Fight

After the green team wins the Black Out challenge, they’re told they need to send one male and one female to the redemption house. Everyone is on the same page: make a big move. So, the men vote in CT and the women follow. Then, the women vote in Cara Maria. To the shock of the people already in redemption, two power players are joining them. 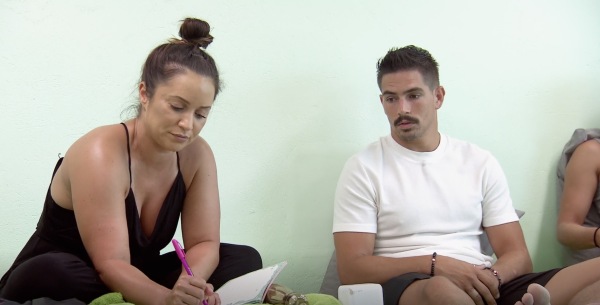 The green team has more power and they have to send one player of each sex into The Presidio. During deliberation Kailah refuses to send in Camila, knowing that Jenna could get double crossed, so she votes in Jemmye. While Veronica and Britni would rather send in Camila, the boys side with Kailah and agree to send in Jemmye. They’re also split on the male vote. Jordan and Veronica consider voting in Hunter while Tony mentions Derrick’s name and Britni jumps on board because she refuses to say Hunter’s name. Basically, this vote is a mess.

At the nomination ceremony, everyone votes in Jemmye because the majority wanted her in during deliberation. For the men, Jordan and Kailah vote in Hunter. Tony says Derrick’s name and Britni “burns” her vote on Leroy. Seeing opportunity, Veronica decides to vote in Leroy as well, resulting in a tie. TJ says if the tie is not broken, everyone will participate in the double cross… even the winners. So, they vote again and Tony ends up switching his vote to Leroy sending Leroy into the Presidio.

4. The Sweet and the Savage 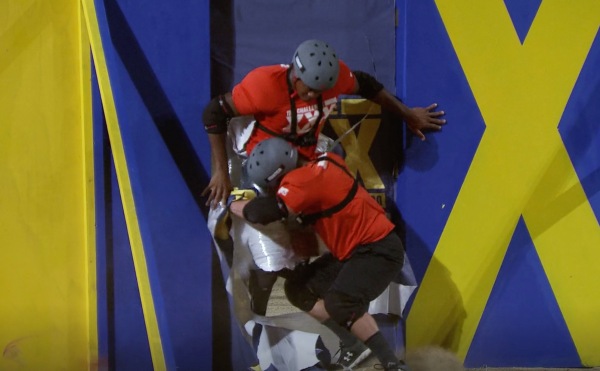 The elimination is called Body Check. Starting at a bell, the goal is to run through a door, at which point you’ll collide with your opponent. You must then loop around a bell, run through the door again, and ring your original bell. The first person to do this twice wins. Between Leroy and Hunter, it’s a close race. Both are strong players who will risk injury to win. There are two photo finishes, and Hunter wins them both. For the women, the competition is a little less intense. Jemmye tries to use her size to manhandle Camila, but it’s ultimately Camila who outruns Jemmye for the victory. Now Leroy and Jemmye are heading to Redemption. However, Hunter seems to have a wounded hand which could impede his game.