Despite being out of the season really early, Darrell proved why he’s a champ. It’s not all water under the bridge between him and Cory, but it’s also not personal. He understands why Cory made that move and he gave Cory props where they were due. Still, when he get’s the chance, he’s coming after Cory… in the game of course.

Stop defending your fight with Simone. Say you’re sorry. He never should have been involved. No one cares about this drama and no one wants to see this conversation.

Cory always finds himself in the middle of drama. Whether it’s sending in the vets or sleeping with the vets. Despite this leading to his elimination this season, how owns his shit. I’m not saying he’s a good example, but he’s so open about his antics that it’s kind of your own fault if you fall for them.

This was a sloppy break up. I’m not assigning blame to either of them, but they aired all of their shit out in the open. Neither of them came out looking like winner in the end.

We all remember Jemmye stabbing Jenna in the back earlier in the season. She admits it, and she owns that move. During the reunion she confessed that prior to drawing the double cross she told Jenna she was safe, then she went back on her word. We also remember later in the season when Kailah got Jemmye sent into elimination. At that point, Jemmye still owned her move. This is why she stood out this season. She made dirty moves, but she always took responsibility for them. 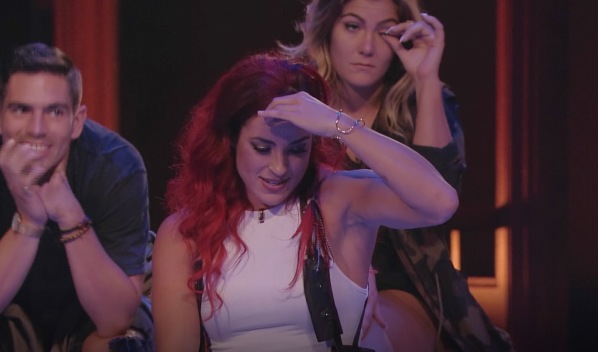 I find that we always find ourselves watching the same drama with Cara Maria. She says something online, they confront her, and she has some logic as to why she was right all along. It’s getting repetitive at this point, and this time Kailah was the opposing side of the argument. Later, we saw her and Tony discuss their drama from the season and she stated that no one would protect a secret of infidelity if the woman was at the center of the drama. It seemed like an out of place comment, and even Veronica stated that the girls would try to protect that hypothetical secret.

We get it. Tony has two kids and he’s cheated on his girlfriends. This time, Tony’s girlfriend/ baby mama/ Skeleton Alyssa was in the audience. She stated that Tony fucked up, they’re working in it, and it’s no one’s business. I agree, let’s move on with our lives.

Try as he might, he was irrelevant this reunion. He knows he was in the background all season, so don’t expect anyone to care when you’re talking at the reunion.

Once again, Leroy showed his how great he is. He gets a lot of praise for the way he handled this situation, and I agree that he deserves praise. However, I feel bad for a few reasons. Not just because he was the center of a racist attack, but also because he gets so much attention here. I truly believe that Leroy doesn’t want to be the voice of reason here and to represent everyone.

Despite being the female winner, she didn’t even show up to the reunion. TJ has to stand in for her and pull the double cross. She didn’t defend herself or apologize for her actions. She caused a lot of drama this season and left the viewers with no closure.

Being the male winner of $450,000, you’d expect Jordan to get more camera time. He mostly staying in the background this time around. Still, he was very deserving of his prize. He said earlier that no one could beat him this season, and I guess he wasn’t lying.