This week on Champs vs. Stars we saw both the red and blue teams make strides toward unity. Both teams have been divided with Champs trying to pick off the Stars, but it seems people are finally saying they’re going to work as one. Is this true, or this this just bullshit being said to hide the divide?

With the blue team, it’s fairly obvious: there’s no unity. Despite Tony’s speech, it’s clear he was preaching about unity because he wanted to save his ass from elimination. Even though he went in, this is a move endorsed by the other Champs because they want a chance at being safe in the future. After all, before Hennessy quit the Champs were outnumbered by stars. Now, with the teams equal and Tony being the tie-breaker, it’s likely there is no intent to honor any oath to unify the team. The blue team is full of sneaky player, especially Wes for the Champs and Louise for the Stars. 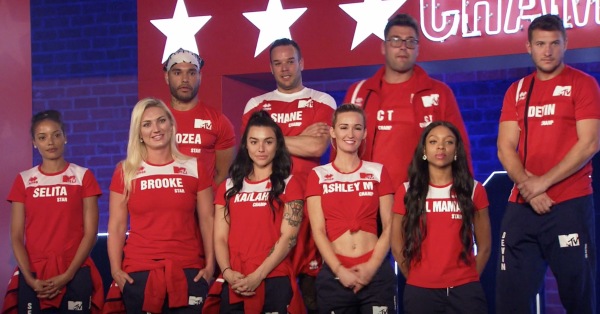 Conversely, the red team may actually be working together. Shane volunteered to go into elimination and burned through the team’s save in a calculated move to demonstrate unification. Perhaps this worked to some degree, but I truly do think there is some uniting between Champs and Stars. The whole team agreed CT was the MVP, though he certainly committed himself to helping everyone. The fact that a strong performance results in an MVP nomination proves there is some hope for all players to work together. Then, he used his power to grant Selita safety next week. Then, we look at Ashley and Brooke who appear to be forming a real friendship.

Despite the intent of keeping the teams divided, it looks like the red team is going to show some friendship among Champs and Stars. On the other hand, I believe the blue team will remain divided. We will have to see which strategy works better as the game progressed.