Saturday was a big day for Real World Austin alumni and Challenge champion Wes Bergmann. He married his wife Amanda Hornick in a ceremony attended by some of his old Real World roommates.

Rachel, Lacey, Melinda, and Nehamiah joined Wes for the ceremony. While the wedding did not have a huge MTV presence, this Austin crew was also joined by one newer face: Devin. The AYTO3 alumni and Wes’s costar on Rivals 3 and Champs vs. Stars was also a guest at the ceremony. 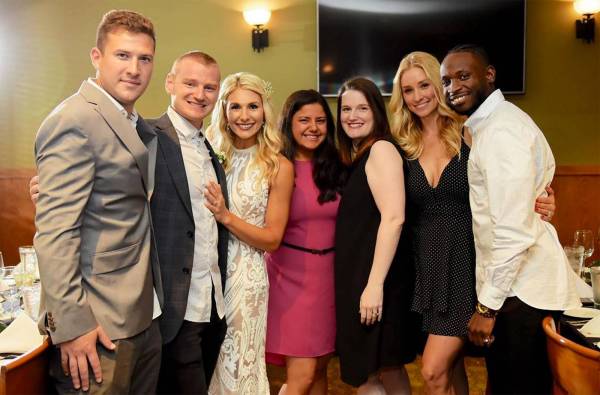 Regardless, It’s nice to see these guys have remained close throughout the years. It was around this time 13 years ago that Real World: Austin debuted on MTV. And of course, a big congratulations are due for Wes and Amanda! Hoping they have a marriage full of happiness, success, and Challenge appearances!