Similar to Big Brother, I have no idea how CBS/MTV expects new people to watch these shows. Big Brother has so many twists and extra competitions that I don’t understand how a new viewer could grasp the basic rules of the game. On The Challenge, formatting is based so heavily on prior relationships that I don’t know how new viewers could immerse themselves in the show if they hadn’t been watching since 2008. Especially if Final Reckoning is your first season. Not only is it the 32nd season, but it follows Dirty Thirty and Vendettas as the third part of a trilogy.

For the new viewers, I’m going to compile a starters guide for watching The Challenge. I’m going to draw parallels to Big Brother, as I’ve been watching both shows for ages. I started watching The Challenge in 2003 with Battle of the Sexes 1 and I started watching Big Brother in 2004 during its fifth season. With this understanding of both shows, I feel this is what a new Challenge fan needs to know.

Every Season’s Format is Different 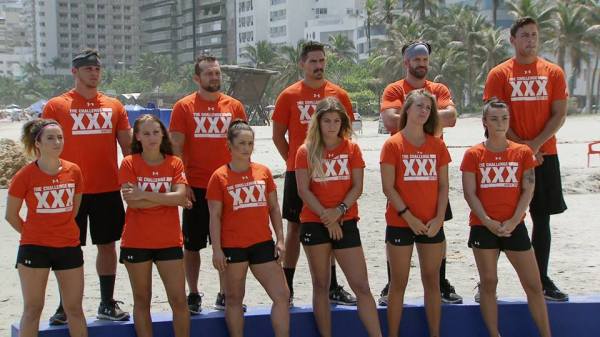 Unlike Big Brother, a show that has followed the Head of Household, Veto, Eviction, Repeat format for over 15 years, every Challenge season is slightly different. For the most part, the standard cycle is a daily challenge followed by an elimination. Typically the winners of the daily challenge are granted safety from the following elimination and they may have the power send someone into elimination. More recent seasons have implemented some variances to this format. Dirty Thirty sent eliminated players to a Redemption House, allowing three competitors of each sex to return to the house throughout the season for defeating other eliminated competitors( similar to a Battle Back competition on Big Brother). The past three seasons have also featured “purges” where competitors will be eliminated for finishing last in a specific competition.

Big Brother has featured returners, but only the most popular people get to return. The true elite have appeared on three seasons, but no one has been on four. Many Challengers have a long history that extends for many seasons. Staples like CT, Cara Maria and Johnny Bananas have appeared on more than a dozen seasons. Even newer competitors like Jenna, Cory, and Tony have appeared on at least five seasons. Because of this deep history, seasons like “Rivals,” “Battle of the Exes,” and “Vendettas” exist. Final Reckoning pairs players with a rival or an ex, fusing all of these bitter relationships into one season.

As much as Big Brother likes to use the tagline “expect the unexpected,” they do that same competitions each season. You’ll see Zingbot, oteV, the chemistry set competition, retrieving tiles and making the longest word, etc. While the Big Brother competitors often study every nook of the house to prepare for HoH comps, Challengers truly live on edge. There are very few repeat competitions among the seasons, but there are a few skills competitors need to succeed. Challengers need to be prepared for heights over water, tangram puzzles, swimming, running 15 mile finals, and trivia. How these skills will actually be used is in production’s hands.

You’ll seldom see alcohol in the Big Brother US house. Perhaps a bottle of wine with a celebration or a beer when Outback wants to sponsor the show, but those moments are few and far between. On The Challenge, drinking and drama have a place in every single episode. Competitors have the privilege of going out to local clubs to drink and then they take the drama home with them. Most of the drama isn’t game related because, as we all know, relationships play a key role in being cast next season.

Alliances play a huge role in the Big Brother competition. People tend to be sneaky, and naming your alliance is half the fun. Groups like “Chill Town,” “The Brigade,” and the “Spy Girls” have earned a spot in Big Brother history, but there are very few Challenge alliances that are as obvious. People don’t really name their alliances on the show. For the most part alliances are hidden in plain sight. For example, Bananas won’t say he has an alliance with Leroy, but he won’t vote his friend into elimination. Because of the long history of the show, friendships and relationship often trump the logical and mutually beneficial alliances.

Big Brother houseguests love to throw challenges. While The Challenge isn’t devoid of thrown challenges, they’re far less common. There are many twists and turns that result in people going into elimination, and the one way to guarantee safety is to win. In fact, the need to win has become so critical that competitors have dubbed the term “lay-up” to describe a weak competitor or team who is kept in the game to lessen the competition. Each season we see one or two lay-ups, and they often make the final. `Similar to “floaters” on Big Brother, the lay-ups don’t make a lot of moves. Unlike the floaters on Big Brother, the lay-ups are seldom rewarded with victory.

No Live Feed, But They’re Online

Live Feeds have always been an important part of Big Brother, and for a show that has expanded along with the expansion of the Internet, the use of online feeds have shaped the viewer experience. Not only will the Live Feeds allow viewers to know winners of the veto or HoH prior to the weekly episode, they also contain game talk and scandalous moments that don’t make it to air.

On The Challenge, all you get is the edited version of the show. While spoilers make their way online, the social interactions of the cast members are also a source of information. There’s usually a few months between the end of filming and the first episode hitting the air. We see frequent Twitter wars and shady Instagram comments being thrown around, and this makes it easy to deduce the status of many relationships. Internet beef has been so important to the show that TJ often mentions it during the show. Bananas and Frank were paired together on Rivals 2 solely based on Twitter beef, so this stuff is taken quite seriously.

You’re Responsible for Your Own Fate 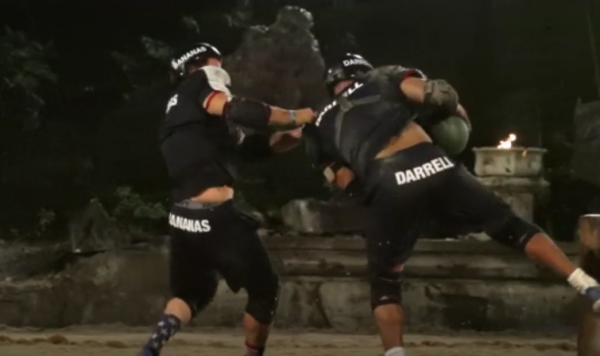 On Big Brother, your fate in the game is ultimately in the hands of your cast mates. With strategies like “backdooring,” it is possible for someone to get eliminated without any way to save him or herself. One of the best things about The Challenge is the fact that you always have an opportunity to save yourself. For the most part, they worst someone can do it throw you into elimination. This jeopardizes your game, but if you win the elimination competition you get to return. For some people this means an uphill battle where they’re going into multiple eliminations throughout the season. But these people have the chance to fight their ways to the end. It has been done, and I’m sure it will be done again.

Watching Older Seasons of The Challenge

Once you’ve established an interest in The Challenge, you probably want to watch some of the older seasons. There’s also a lot out there to consume, but unlike CBS All Access that gives Big Brother fans a place to find all of the older seasons, MTV’s archives don’t go as deep. I’m going to give you all the legal ways to find older seasons that I know. Finding seasons 20 and onward shouldn’t be too hard. MTV’s archives go all the way back to Cutthroat without any gaps, but once you get to Fresh Meat 2 you’ll find missing seasons. Amazon goes all the way back to The Gauntlet 3 without any gaps, but you need to pay for the seasons. iTunes has the same catalogue as Amazon, plus The Duel and The Gauntlet 2 (both available to stream on MTV.com). Sadly, MTV is not on Netflix and has pulled The Challenge from Hulu, so your options for finding older seasons on streaming services are nonexistent.

If you dig around enough, you can probably find even older seasons on YouTube, Vimeo, or Dailymotion. These are all uploaded by regular viewers, which is against the law and therefore naughty. If you feel like watching, then go for it, but you’ll need to do your own digging. 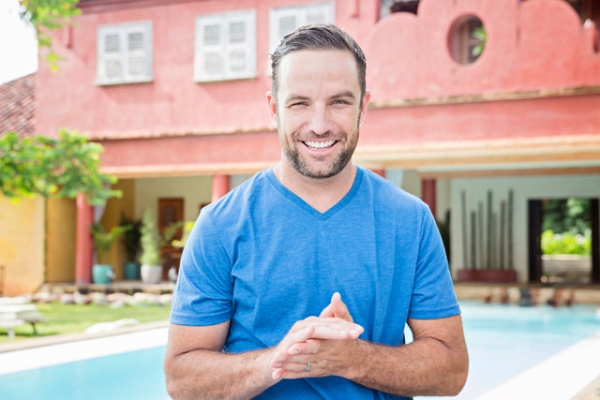 Julie Chen is the glue of Big Brother. Her quirks and catchphrases have been loved by fans who only tolerate commercials because Chenbot says “but first” prior to their airing. For Challenge fans, TJ Lavin is the glue to our show. While he’s not the original host of the show he has hosted 22 consecutive seasons. We live for his hatred of quitters and when he tells a successful competitor “you killed it. The cast is going to change (kind of) each season, but there’s a certain sense of comfort knowing TJ will be back on the show. Just like Julie, we know he’s a huge fan of the show he hosts. When a competitor does a good job, TJ is always able to display his approval.

This summer, there are two great competition shows airing. If you’re capable of immersing yourself in Big Brother, you’re capable of becoming Challenge-obsessed. Once you get over the learning curve, you’ll appreciate the competitors who have dedicated their lives to appearing on MTV while also finding a way to root for people like Jozea or Natalie. Hopefully these tips have given you an understanding of The Challenge, enough so that you make the leap from CBS to MTV.

2 thoughts on “A Guide for Big Brother Fans: Ten Tips for Transitioning to The Challenge”