Skip to content
A new season has begun, but it seems like The Challenge is lacking in the challenge department.
1. The Past Never Stays Buried 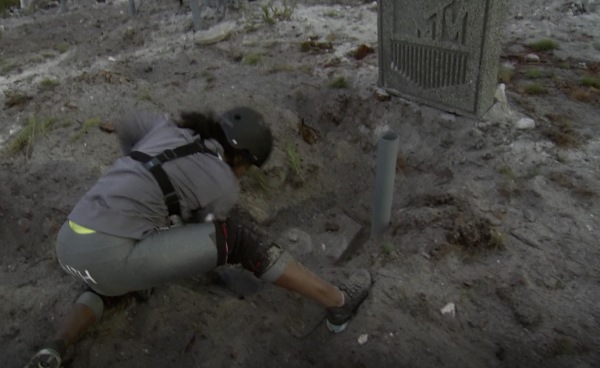 The cast arrives in South Africa, but it seems a little slim. That’s because half of the cast is buried underground and the above-ground competitors are responsible for unburying their partners. TJ tells the cast they must find their partner as fast as possible, but they last two teams to unbury their partner will leave the game. The above-ground partners have walkie-talkies and the buried partners must direct their partner to their grave. Their voices are disguised to add dramatic effect, and the first person to reveal his partner is Zach, who is angered to see Amanda.
2. Easy Come, Easy Go

Competitors quickly reveal their partners, and most people are upset. After Faith crosses the line with Angela, three competitors remain: Jozea, Britni, and Jenna. Jozea unburies Da’Vonne, meaning Britni & Chuck and Jenna & Jemmye are automatically gone. However, luck is not on Jozea & Da’Vonne’s side. The winning team, Zach & Amanada, are given the power to send one team home automatically, and they pick Jozea & Da’Vonne because no one is attached to them and they want as little blood on their hands as possible.
3. Second Chances 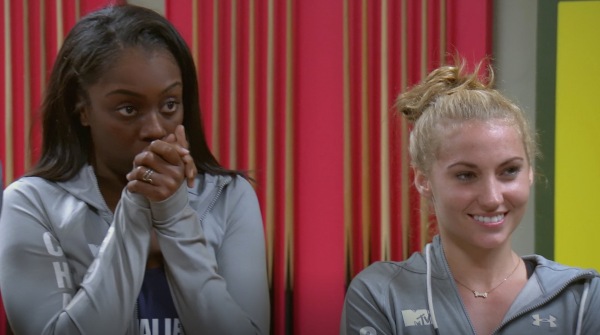 Surprise! The three eliminated teams are not going home just yet. They’re in Redemption, which I’m sure is not a surprise for the cast because the exact same gimmick was used on Dirty Thirty. TJ tells the cast that their road back into the house will be a long one, but there is some hope. Jenna seems the most upset, as she feels she’s progressively doing worse each season and every time she’s in the game with Zach one of them goes home early.
4. Household of Three

Cara Maria is reunited with her ex-fling Kyle. He visited her after Vendettas, and then went to Thailand for two months. He confesses to ghosting her during this time. Quickly, Kyle’s eyes shift from Cara Maria to Faith and he makes out with Faith. Cara Maria now finds herself ignored by Kyle. Clearly she’s disappointed, but her heart isn’t broken because they weren’t an item. She’s now trying to move on to Paulie, but he has a girlfriend so might not trying to ruin his filet Mignon with the burgers or steak in the house.
5. Out of Africa 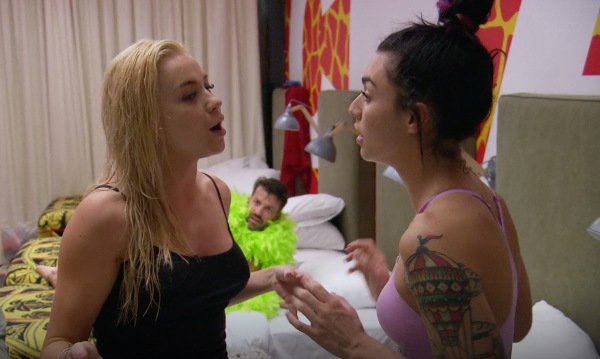 Melissa tries to befriend Kailah, who she argued with on the Vendettas reunion. Melissa is known for accusing Kailah of making out with Tony and putting the rumor on Twitter, tagging Kailah’s boyfriend in the process. Kailah insists that she doesn’t need to be friends with Melissa, and the two start to yell at each other. Melissa gets in Kailah’s face, so Kailah shoves her away. This turns into a physical fight where fists are thrown and claws come out. Just as quickly as the fight begins, production breaks the fight up. The girls sleep this off, but the next day TJ tells them they’re going home. Now, Kam and Kayleigh are left without partners and their fate is up in the air.

One thought on “The Challenge Final Reckoning: Top Moments from Episode 1”