As I’ve discussed in prior posts, the finals seem to be getting more and more challenging. There are times when I wonder if the prize money is worth the struggle, but there are also times when I feel like the finals were getting easier.

Let’s be clear, the War of the Worlds final was rough, really rough. Other finals seemed to be a little bit easier and require less from competitors. In my opinion, these are the ten toughest finals we’ve seen so far. There’s no doubt in my mind that we may see a few of these bumped from the list in future years if the finals continue to resemble War of the Worlds.

OK, this final doesn’t seem that hard on paper, but I’m including it for two reasons. Firstly, half of the rookies quit working and made Frank and Nehemiah do most of the work. Of course, heat was a huge issue for this final. An even huger issue: Big Easy. 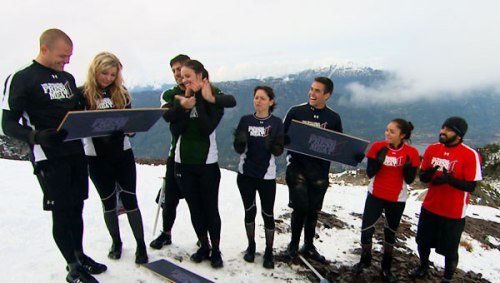 Although this was not a two-night affair, this final get recognition for its length and classic final elements: biking, canoeing and running. Being a Fresh Meat season, there’s an ode to the Exile with carrying heavy weights. Where this final really gets rough is its final climb. Having to use ice-picks makes anything seem less safe and less fun.

Although this race was not nearly as tough as the original Exes (in my opinion), it had its troubles. Long runs, “jenky carnival games,” (as Cara Maria would say) and gross food. Mostly, this is on the list because the food was so gross it made Jay quit. 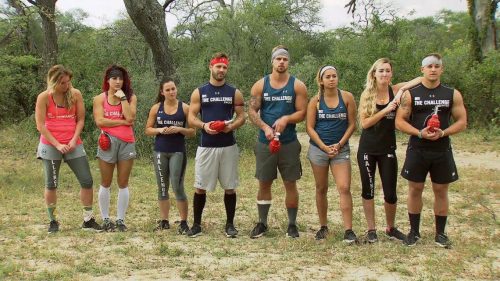 An overnight final, this race was against the other teams and a race within teams. Knowing that your team has a one in four chance of getting any money is tough, but then one player could decide whether or not to keep the money. We all know Ashley’s final decision, but this added an extra level of stress to an already difficult final. Highlights from this race include a helicopter ladder, an endurance competition before bed, walking on coals, and left over grenades from Vendettas.

6. Invasion of the Champions

You’d thing the three day final would be the hardest, and while it was tough, it had some easier elements. The overnight portions were spent in The Shelter. A dump compared to the standard Challenge house but a paradise compared to other final accommodations. The days were filled with activities and each day had its difficult elements. Still, this is mostly listed because it was three days. 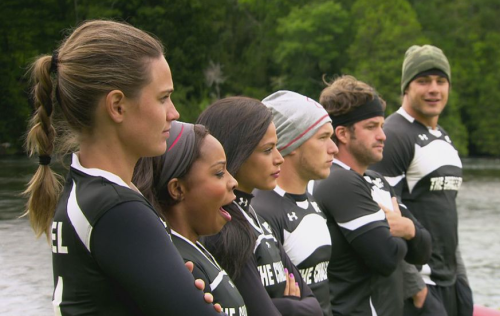 Free Agents didn’t introduce much new to the idea of a final challenge other than the randomness of pairings. Plus, they got to climb a volcano in the end. However, this was a long final with hilly climbs, long kayaking, and a stationary bike in case someone didn’t get a good enough workout. Most eventful final? No. Mentally and phy grueling final? Yes.

4. Battle of the Bloodlines

Of all of the overnight finals, Bloodlines may be one of my favorites. It was the first (and only) to take place in a city, and both days had their share of difficulties. From drinking beer to sleeping in a subway station then finishing with a sprint through Olympiastadion, this final felt like a mini trip to Germany. Still, it was brutal. With miles of carrying sandbags and stomachs full of German cuisine, this was no easy city walk.

The first overnight final, and it looked like pure misery. It features many of the staples of a Challenge final: running, kayaking, swimming, and eating. It then introduced the new variable of sleep deprivation sprinkled in a hefty pet rock. All of this was for a measly $100,000 grand prize per winning team or $50,000 per winning Challenge: a quarter of Theo’s second place War of the Worlds prize.

2. Battle of the Exes 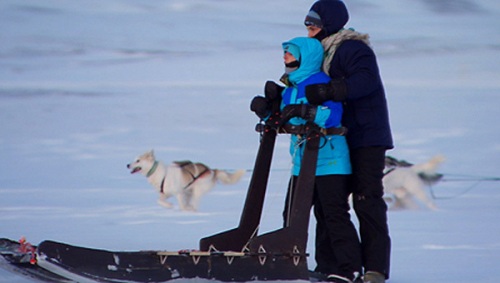 If there’s one thing that would make me want to quit a final it’s the snow. The Battle of the Exes final earns the distinction of being the coldest and one of the most brutal. Competitors had to climb through snow and ice, eat a viking feast, and submerge themselves in freezing water. Sounds like pure misery to me, and the winner took home $75,000 each: a tenth of the War of the Worlds grand prize!

1. War of the Worlds

Fifty miles, a rusty van, and multiple eliminations. This final was not made for the weak, but it really wasn’t made for the strong either. It’s kind of hard to watch this final because it’s 90% cardio and cramps. Many elements were missing: there was no difficult eating, no carrying heavy weights, and no need to stay up all night. That said, the $750,000 prize is a pretty nice one and a strong motivator that kept Turbo going.