If you watch The Challenge, you know TJ hates one thing: quitters. On Rivals 3, Brandon got a brutal lashing from TJ when he left to be with his girlfriend. On Invasion, Theo got a few jabs when he refused to jump off a cliff and essentially quit because he was afraid of heights. Even Mattie got became an anti-smoking ad when she quit the War of the Worlds final due to exhaustion.

Then, there are these people. The ones who don’t outright leave but might have found alternate routes out of the show. Their motives vary, but they usually showed up to receive the appearance paycheck. So, we’ll look at the rumored quitters and I’ll try to determine how sincere their intentions were.

I’ve also omitted ones that are 100% obvious. Don’t expect to see Jisela or Evelyn here.

Allegedly, Tina didn’t show up on The Duel to compete. She just showed up to smack Beth in the face… and she actually followed through with the plan.

Is it real: Apparently Tina’s heart wasn’t in the game, but she didn’t show up purely to punch Beth. But, the first moment Beth did something slightly annoying she started an argument and punched Beth. Think about it: this happens after the second challenge prior to the first female elimination. At least the timing of Tina’s departure benefitted the other girls in the house as the first female Duel was cancelled.

After losing the final Duel before the final on The Duel 2, Diem was the first boot on The Ruins. An uncharacteristicly early departure for her.

Is it real: Most likely, yes. Tonya volunteered for the first elimination and selected Diem. If The Island is any indication, Tonya would not want to be jeopardized that early in the game. She’d never volunteer, let alone against Diem, unless she felt safe. 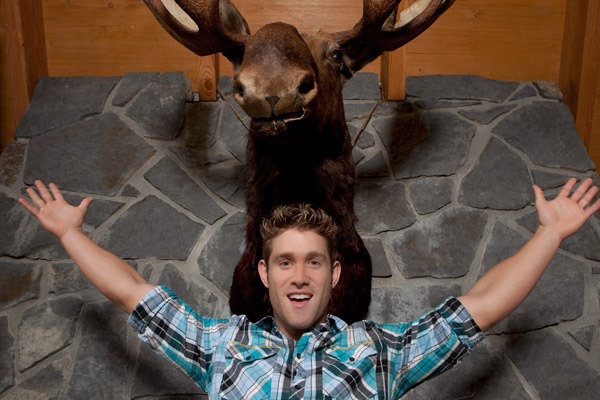 Is it real: Yes, but I don’t know whether or not this plan was premeditated prior to arriving in Canada. Sydney admitted she and CJ intentionally took a long time at the first checkpoint, the puzzle, so Landon & Carley could understand the workings of the Exile. Perhaps CJ wanted to give an edge to Landon, who was an honest player, or maybe he had an obligation at home. Either way, he didn’t give it his all in this elimination. 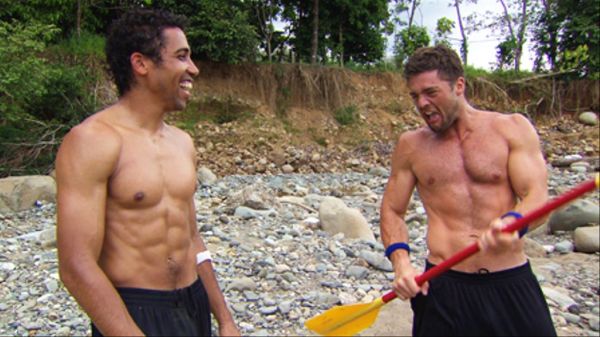 Having such hatred for CT, Adam started working with the JEK alliance and made an agreement that he’d throw and elimination to get CT out of the game before the final.

Is it real: I don’t have a solid answer, but I lean toward yes. There were a lot of games on Rivals were CT could literally manhandle Adam and prevent him from successfully throwing the challenge or elimination. Then, Adam grabbed the wrong balls during the T-Bone elimination and literally stopped moving at the very end. He claimed he was tired, but on The Gauntlet 3 Adam bragged that speed and endurance were his biggest strengths making him great for the final.

After avoiding elimination all season and even winning a challenge, Mark & Robin are selected for the final elimination against Bananas & Camila. Both Mark and Robin lose against their respective opponents in X Battle.

Is it real: I lean toward yes, as Robin heavily implied this rumor to be true after Exes was over. The basis: Mark didn’t feel Robin could win in an elimination and Camila stood a real chance. So, Mark let his ally Bananas run the final rather than he run the final for an inevitable third. We know from Battle of the Sexes 2 that Mark is not about this tactic, and it honestly benefited Bananas greatly. Mind you, if Robin beat Camila in X Battle she stood a chance of halting Mark’s plan.

6. Wes (Battle of the Seasons) 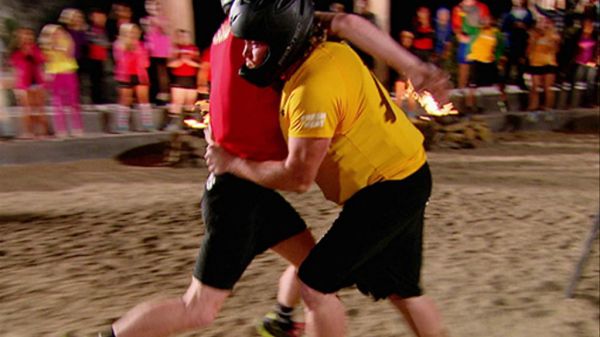 Being one of the few true vets on Seasons, Wes was the first to go. He went home second the prior season, but he topped his all-time-low this season by going home first.

Is it real: I can’t say with 100% confidence, but I think the answer is no. I think he really did get ruined by Big Easy in elimination. Wes is the type of person who would go into the first elimination as a long term strategy in the game. He’s smart enough to know he wastes less time if he goes home early, and while I think he knew he’d be putting himself in a risky position, I don’t think he wanted to leave.

Challenge champion Dunbar was the first boot on Rival 2. An all time low for his Challenge career, but an average performance for his partner Tyrie.

Is it real: Kind of. Dunbar didn’t show up in Thailand with the intent to quit. He allegedly only quit once he knew Tyrie would be his partner. The sad thing is, he could have won that elimination or avoided it all together. Tyrie had seriously improved his physical performance and was in better shape than any other season. Sadly, we never got to see Tyrie 2.0 thanks to Dunbar.

8. Abe (Battle of the Bloodlines)

Showing up as a replacement, Abe was thrown into mental warfare when he had to deal with his (at the time) girlfriend Cara Maria allegedly cheating on him. However, he know how important winning a Challenge was to her.

Is it real: Yes, but this is also Abram. Passion for competition could have changed his mind. If something happened where Cara Maria was eliminated, I think he would have given it his all. Ultimately, he was on the show to advance Cara’s game. He wanted Mike to take it easy in the elimination against Jamie so Jamie could win.

Laurel sent home fellow champ Cara Maria, but lost to Camila in Knot so Fast and lost her first elimination ever.

Is it real: I don’t think so, but it’s questionable. Apparently Laurel wasn’t in her prime physical shape and thought Camila stood a better chance of actually winning in a final. This is just a rumor though, and we all know a subpar Laurel is better than 90% of the girls in the game. I think Laurel was just exhausted and lost. 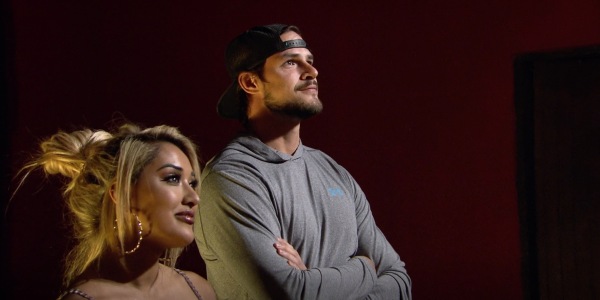 Knowing he had a wedding at home, he was supposed to throw an elimination and get send packing. It just didn’t benefit the right people in the game.

Is it real: Obviously, yes. I’ve discussed it at length and he confessed at the reunion.

If there are other rumored quitters, I’d love to know the gossip.