The Total Madness trailer has given us some insight into the season, and the big twist this season has been revealed. If you want to win the season you need to win an elimination.

This is a fairly unique twist. It’s kind of like The Island where competitors earned keys to the final boat by winning eliminations, but the three-way face offs allowed people like Kenny and Robin to see the final without actually winning anything.

The twist begs the question of whether or not this will be a positive or negative addition to the game.

This twist is obviously a response to War of the Worlds 2 where only four of the twelve finalists saw eliminations. Many fans felt like people skated to the final who were unworthy. Most of this hate is directed toward Rogan and Dee, maybe because they won or but mostly because they obviously relied on alliances to win. Either way, their road to the final relied a lot more on a social game than someone like Jordan. He had to fight in elimination multiple times and tried to destroy the majority alliance running the game. 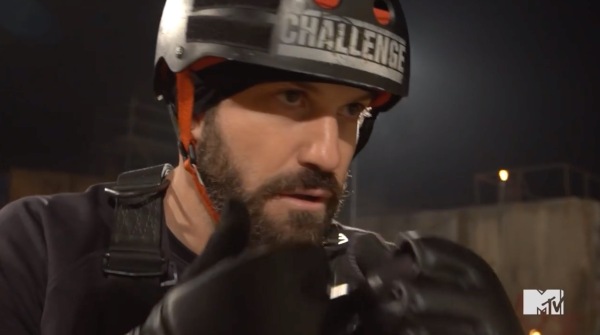 In the Total Madness format, there is no hiding. If you want to win the game you need to risk you life in the game. It’s kind of a cool concept and will encourage people to go into elimination for some badass battles.

There have been many seasons where competitors make it to the end without seeing elimination, but War of the Worlds 2 really just highlighted this. Production has tried to mitigate this in the past with random draws and Kill Cards. These twists don’t work flawlessly, as people like Nany, Devyn, and Johnny R. made it to the Free Agents final without seeing elimination. Randomness will result in some people going into eliminations they could have politicked out of, but other people will avoid every elimination mostly due to chance.

To be honest, I do think there is something to be said for strong alliances making it to the end because they worked well together. The problem with War of the Worlds 2 wasn’t that people skated to the final, it was that the format allowed so many people to go to the end. If we had 2 or 3 more eliminations we would have seen “Cara’s Cult” turn on each other. But, the Purges allowed people to get eliminated based on competitive merits and the abundance of finalists prevented people from turning on each other.

I also think there are some veterans who have earned immunity based their past successes. Cara Maria on Vendettas is a prime example. She was eligible to go into many elimination, and voting her into them would have been fair. But, nobody wanted to face her because she’s a beast in elimination and a fairly straight shooter. You come after her? She comes back and tries to take you out. She earned that reputation from her past, but if you come after he she takes it personally. When everyone has to go into elimination to win, it’s not that personal.

Now that the twist is in place, we need to accept the reality of it. There are stronger players and weaker players. Veterans like Jordan, Bananas, Wes, or CT get a nice paycheck just for showing up, and they get paid so long as they compete and don’t quit. If they want more money they need to win. So, the big veterans will try to go into an early elimination against a weaker competitor. I anticipate people like Asaf, Josh, Jay or Swaggy (the perceived weaker people) will get called out early by vets. Then, the veteran punch their ticket to the final week 1 if they win. If they lose? They get their full paycheck, get to go home and don’t waste a month in a bunker.

Is It Good or Bad?

I’m all for this twist, at least for this season. After the past few seasons I think it’s a refreshing way to play the game. Yes, it could go poorly, but it will all add some variety to the season.

It will be interesting to see how challenges will impact the game. The voting format could make or break this twist, and there needs to be some incentive to win daily competitions. So long as we have these incentives, I think the season will be fine.