There’s one thing every Challenger has in common: they were once rookies. Some people shine during their rookie seasons, while other get the boot quickly. Some of our sloppiest competitors have been the first people to get the boot, leaving a big impact in a single episode.

Here, I am going to look at some of our messiest first-boots on The Challenge. To be considered for this list, a competitor needs to be the first boot for their sex or leave at their first opportunity. So, Jenn Lee is considered for this list even though she lasted two episodes because she was the first female boot of the season. Also, this list only pertains to the newbies, so people who had a terrible performance on a subsequent season aren’t making the cut.

Coming into Fresh Meat with a sizable Austin alliance, Danny had the odds stacked in his favor. He also got the first pick of the Fresh Meat, choosing Evelyn. Then, he decided to try to swing a deal to keep the whole Austin alliance in the house. Not only did he choose Tonya to forge an alliance with, he failed to get the majority of votes in his favor and faced his friend Wes in elimination.

Chuck’s misfortune will forever be preserved in the first few episodes of Final Reckoning. Getting sent straight to Redemption, he was forced to live in close quarters with his ex. The two got into various fights and he had to deal with crazy Britni. To make matters worst, Paulie told the house that Chuck and Britni slept together in Redemption. It was a lie designed to damage Brad’s game and Chuck’s relationship. Then, Chuck got sent home in the first batch of people without doing anything other than being buried in a coffin. I don’t think his experience could have been any worse.

8. Bruno (Invasion of the Champions)

As one of the Real World: Skeletons alumni on Invasion, Bruno seemed to be in a comfortable spot. Then, he came in last during the first challenge and threw a fit during the game. He was going into elimination, but Sylvia threw a knife in Tony’s back, meaning the former roommates would compete against one another. Bruno lost, and to make matters worse, he was accused of “finger-blasting” Jenna on the flight to Thailand. That’s a lot of drama packed into one episode. 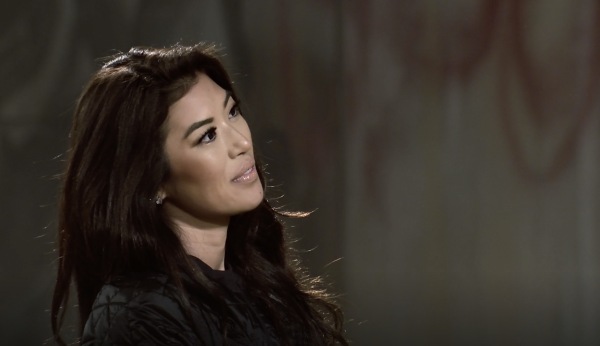 Coming into Total Madness as a rookie with no allies, Jenn seemed like an easy target. As a competitor who did nothing, she made herself an even bigger target. Bad gameplay is one thing, but Jenn inserted herself into some unnecessary drama by flirting with Rogan and accusing Dee of spying on her in her sleep. The worst moment was when she recited her speech begging for safety, a speech Wes & Bananas helped her write. The opening line: Greetings earthlings.

6. Christina (Battle of the Bloodlines)

As soon as the cast landed in Turkey, an all night party began on Bloodlines. People we drinking and flirting until the sun came up, but some people got a little friendlier than others. On the first night, Tony and Christina hooked up in the bathroom. The problem? Tony was still in a relationship with Madison who was pregnant with their first child at the time. Christina was an easy sacrifice into the first elimination, even though she put in a solid performance at the first challenge.

Poor Ana had no idea what she signed up for on Rivals 2. She entered the game and caught CT’s eye. She thought she was special and they had a real connection. Unfortunately for her, no one told her about CT’s past. She got played, and everyone else watched as she fell for CT. She found out and kicked CT in the ass. Then, she had a panic attack prior to her elimination. She lost, and TJ reminded everyone not to skip meals and smoke cigarettes before an elimination. Harsh.

Anyone who saw Ty knew he was a lot to handle and tries to get under people’s skin. Similarly, Adam is kind of hot-headed and can act on an impulse. When Ty started making fun of the girls in the house, Adam called him out and told him to stop. Ty antagonized Adam, to which Adam replied “don’t call me a guy, Ty.” Then he launched at Ty and tried to punch him. Even though Adam has a checkered past, you can kind of see Adam’s point of view here. Why was everyone else just sitting around a sitting Ty criticize females for having cellulite? 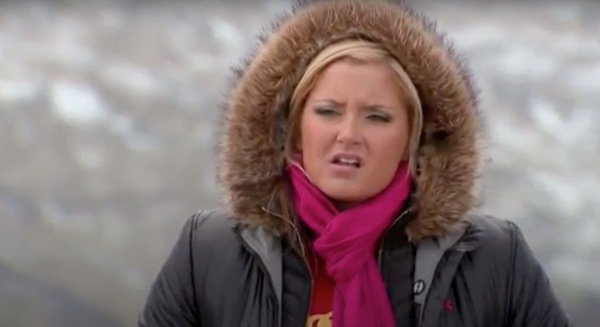 If Anastasia watched prior seasons, this would have been her warning. CT and Shauvon hooked up on one of the first nights of The Duel 2. This resulted in jealousy between CT and Diem, and was the catalyst for the fight between CT and Adam. Then, Shauvon was thrown into the first Duel where Aneesa flung her back to the States.

2. Dave Edwards (Battle of the Sexes)

Coming into Battle of the Sexes, Dave had a preexisting relationship with Puck, and that should be all you need to know to about him. The two got into a fight on the morning of the photoshoot, where Dave insulted Puck and his girlfriend. As a result, Puck spit on Dave. Puck almost got kicked off the show, but his cast mates rallied behind him. Dave chose to leave the game, but not without causing a literal splash.

Jo spent a decade away from reality TV, only to return for The Gauntlet 2. She started off fairly positively, becoming the first captain for the Rookie team. After a party the first night, Jo snapped. She decided to leave and packed her stuff. Ruthie tried to talk to her, but Jo immediately went on the defensive and told the cast not to manhandle her. She called then Trinidadian police to get escorted out of the house, so Jo left the game, never to be heard from again.