Season 36 will be the fourth consecutive season where Josh appeared on The Challenge. Of all the rookies who debuted on War of the Worlds, Josh is the only one to do four consecutive seasons. Fans of the show have the same question: why?

Josh has been eliminated four times in three seasons. His return after the Impending Dune challenge on War of the Worlds was pure luck. He was supposed to be the first boot, but was lucky enough to replace Alan. He made it half way through the season, which is admittedly farther than anyone anticipated Josh & Amanda to get in the game.

I will admit that Josh has a couple of things going for him. He’s certainly dramatic, and he is a Big Brother winner. On paper, he’s an interesting addition to the show. I will also admit that after a few seasons Josh is a better competitor than I anticipated. Not amazing, but he falls in the mediocre category. He’s messed up on a few challenges, but he’s excelled in a few as well. He’s a pretty good swimmer, but a complete headcase during puzzles.

We’ve also come to see his role in the social and political game. He’s become known as a Bananas minion. He always votes with Bananas, Nany, and Zach, and has been noted for opposing Wes and Cara Maria. In fact, Wes needed to tell Josh to stop trying to force drama: a Wes vs. Josh storyline isn’t going to happen.

After three proper elimination losses, one Purge loss, and some cringey drama, Josh hasn’t proven himself to be a threat in the game. In fact, he’s probably been the lay-up on the past few seasons. 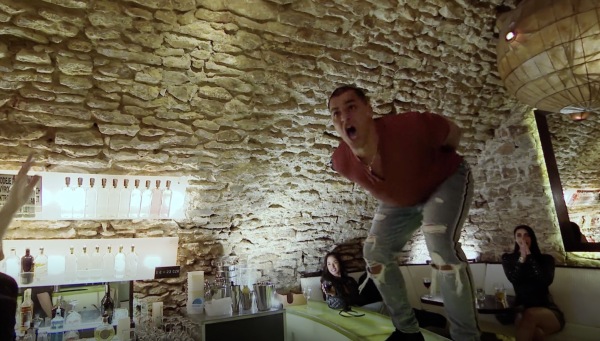 From my perception, the opinion of Josh is overwhelmingly negative. I seldom see a viewer rooting for him or acknowledging him as a threat in the game.

After three seasons, he should have taken a break. In fact, he was supposed to be on Big Brother All Stars but allegedly tested COVID positive. Josh insisted he wasn’t COVID positive, but if he was, it might explain his appearance on this season. If he recovered, he might be less likely to contract the virus again. Production may have viewed him as a more secure casting decision.

There’s also the rumor that Jozea was dropped from the cast when Josh accepted. The fact that they fill the same role in the cast speaks volumes to production’s intentions when designing a season. At this point, the major differences are two-fold. One, Jozea would only pursue men on the show, as he’s openly gay. Josh has always has flirty moments with people, such as Amanda, Georgia, and Melissa. Also, Josh is committed to Bananas. Jozea isn’t really tied to anyone.

What is Josh’s role on the show? To help Bananas and fill a void in drama. He’s very replaceable, but apparently not as replaceable as Jozea.

I love her 😍
Who’s ready for the “All Stars?”
New Challenge episode TONIGHT
How do you feel about these two?
Remember this Camila?
Who’s gonna watch?