The veterans literally put all of their chips in on pot on the Gauntlet 2 final, and lost it all. This final was all a betting game, and the vets thought they could eat roti faster than the rookies. The barely lost the eating competition, but their poor gambling skills allowed that single loss cost them the final.

Mike Mike really did give it his all on the Rivals final, but he really wasn’t prepared for a final. Add in the fact that Rivals featured the first ever overnight final and Mike was done for. He quit on the second morning because he felt too unstable to climb a mountain… and TJ didn’t even blame him. 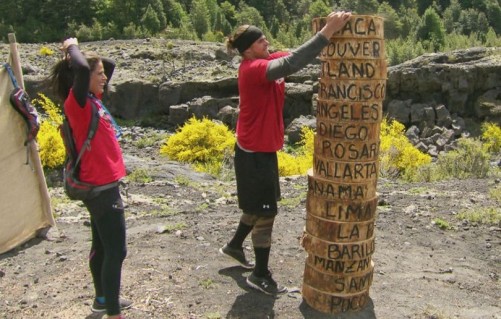 Zach probably wants to blame Devyn for his Free Agents loss, but he really only has himself to blame. He flipped his kayak, cramped up during his mountain climb, and moved at a snails pace. Very uncharacteristic for him, but he can ultimately only blame himself. 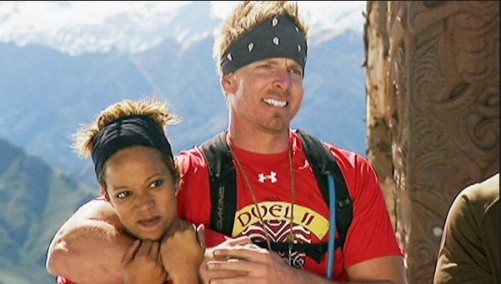 Endurance really isn’t Aneesa’s thing, and The Duel 2 proved this. Despite her best efforts she could not keep up with the other girls. In fact, Rachel probably could have finished it twice in the time it took Aneesa to finish it once.

Sarah’s one tough cookie, but she also tosses her cookies fairly frequently. On Cutthroat when she started throwing up during the final medics had to escort her out of the game. Luckily, vomiting was permitted on Battle of the Exes 2 because she would have been disqualified really quickly if it was against the rules.

The self-nominated leader of the grey team, Abe suffered the same fate as Sarah on the Cutthroat final. Being the oddball that he is, Abe claimed that his dehydration was a wonderful experience because he saw his team come together without his guidance.

Jenn was plagued with the same dose of karma food poisoning Tyler had during the beginning on the Rivals final. However, she was unable to suffer through the sickness and was disqualified after she could not complete the memory challenge before sunset.

Coral claims an allergic reaction to a spider bite caused her collapse during The Gauntlet final, but after talking a big game and convincing the Real World boys they’d need a girl in the final, Coral’s collapse was disappointing to say the least.

Disappointing everyone who rooted for the underdog, Jay quit the Battle of the Exes 2 final because he couldn’t drink 4 glasses of fishy sludge. Even his partner Jenna, who is the pickiest eater in the world, would have drank it. Though his fans were disappointed, no one was more disappointed than TJ. 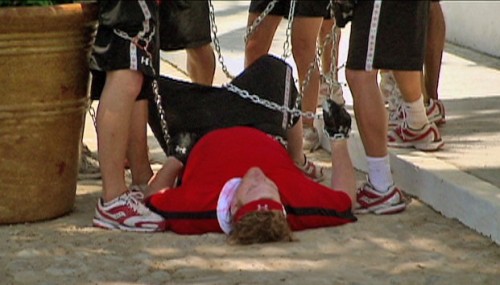 Let’s be honest, Eric’s collapse really isn’t much different than other people on this list (Coral, Abe, Sarah). People say he talked a big game, but he only defended his abilities to prevent himself from going into The Gauntlet. Still, when you think of people who crapped out in the final Big Easy is the first person who comes to mind. And to make matters worse, his medical disqualification from the final cost the entire Veteran team their prize money.