Madison took to Instagram today to make the announcement. She has a bundle of joy on the way, and Tony is the father. 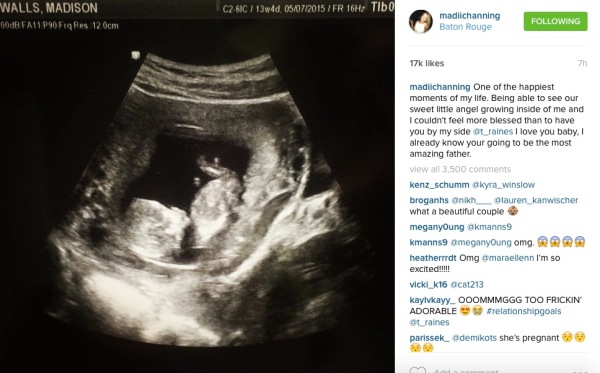 It was about a year ago that the two met when they first moved into the Chicago Real World house. After filming wrapped in November of 2014, the two seem to have remained very close. They two seem to still be going strong, and it looks like they have a reason to keep on being Tadison!

Very excited for the two of them, they’re just adding to the list of Real World babies that have been welcomed into the world recently.

These two ❤️
So you think the ruby team has any chance of winning at all?
4 elimination wins 💪
Ayanna helping Leah 💕
Congratulations to Kyle on his second win of the season 💪
Do you blame Tori for playing for the ruby team week?