The twist in season 31 of The Real World is unique to the show, but for long time fans, this is not an unusual format.

Cast members, faced with challenges, they must be successful in these challenges, they fail they must vote someone out. That sounds like an old show I once watch called Road Rules. Take this picture for example, this is something I’d expect to see on Road Rules. The challenge appears to be walking across a tightrope that is strung between two hot air balloons. Actually, they did this exact challenge on Maximum Velocity Tour. 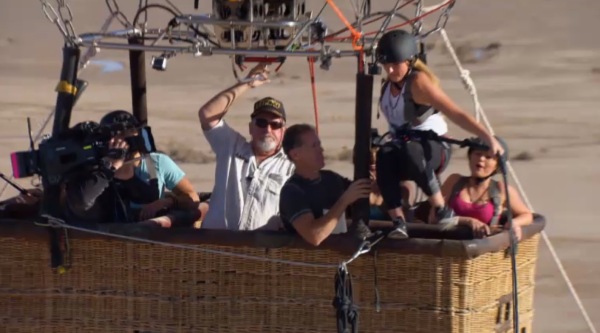 So what does this mean? Probably nothing, but it is funny that the exact format of Road Rules seasons 10-13 is the twist on the Real World. Also, this was a change that was supposed to revive Road Rules, but ultimately ended the show. MTV wanted Road Rules to compete with other reality competition shows of the time, but fans weren’t looking for a cutthroat competition show. Fans wanted a show were the cast was exposed to new experiences and cultures.

For The Real World, some of these challenges don’t seem to fit the mold of the show we know. However, others challenges will force the cast to open up about their past, which may enhance the show.

Are you excited for this twist? And do you think this is a reincarnation of Road Rules?