Bananas has gone from cable to a major network! It looks like the Challenge champ has landed a gig hosting the show 1st Look, airing directly after SNL on Saturday Nights (technically Sunday morning).

The show, which has been on the air for a decade, feature the host traveling the US and visiting hotspots, cuisine, and interesting local experiences. Bananas is not the first host to come from MTV. Audrina Patridge from The Hills has hosted twice in the past. 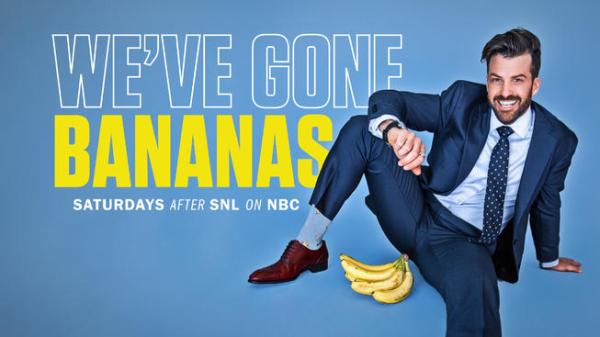 Of course, Challenge fans are going to wonder if this is the end of Bananas on The Challenge. After all, he has starred on TWENTY shows on MTV over the past 13 years. Fear not! Bananas wants to keep competing until someone tells him he can’t. So, competitors should expect his antics as long as The Challenge stays on the air. Just don’t be surprised if he joins the Stars team and is no longer just a Champ.

To be honest, I’ve never watched the show. But, 1st Look has gained at least one new viewer with this addition.