It seems like we see the same people over and over on The Challenge. While new faces are introduced each season, many of them are eliminated and never return. Sometimes returning Challengers end their careers in bogus ways and are never able to appear again, leaving fans wondering if they’re truly terrible or just a victim of bad circumstance. Here are ten Challengers who I believe lost due to bad circumstances and never got to return.

Swat was a silly elimination nobody asked for, where two people just smacked each other with fly swatters. It eliminated Ayiiia, who was perhaps one of the most dramatic Cancun roommate… and that’s saying something! Ayiiia has expressed interest in returning, but for whatever reason she has never gotten the chance to redeem herself after losing in a slap fight.

During the airing of the second Las Vegas season of The Real World, Adam was a wreck but he managed to amass a bunch of fans. Then, he was kicked off of Rivals after winning the first challenge and fighting with Ty. But he didn’t leaving without giving us the classic “don’t call me guy, Ty” line. Since then, he hasn’t returned. Production has wanted him back, but MTV invented a psychological test before Battle of the Exes, allegedly it was specifically designed to keep Adam off the show.

3. McKenzie (last seen on Battle of the Seasons)

It took a while for us to see New Orleans compete on The Challenge, and when McKenzie debuted she was overshadowed by Knight and Jemmye, who had recently broken up. Then, she was forced into elimination with Preston. It was the perfect shitstorm for her to lose and we haven’t seen her since.

I’ve already written about how Trey’s challenge career hasn’t exactly been impressive, but his departure on Rivals 2 was entirely due to Zach’s mistake during their elimination. Since that season he has wanted to return, but has not been given the opportunity. He was considered for Exes 2 with his ex Laura, but they were ultimately dropped for some AYTO kids.

Battle of the Exes 2 introduced Are You the One? to the show, so Adam wasn’t exactly accepted with open arms. Still, the newbie was able to win three eliminations and make it about half way through the game. Since then he has not returned. Apparently he was considered for Invasion by opted to compete on AYTO: Second Chances again. I’d be really curious to see how he performs without Brittany attached to his side.

6. Mitch (last seen on Battle of the Bloodlines)

Mitch was the dark horse of Bloodlines, essentially saving Cory’s ass every time the team was close to elimination. Mitch won an elimination, could solve puzzles, and was actually a strong physical competitor. Fans saw the potential here and he may have won the final if Cory had more than one functional knee. With all of his potential, and the guaranteed alliance with MTV’s new star Cory, I was surprised Mitch never got a call back. Five seasons later it doesn’t seem like it will ever happen.

Averey had a really rough run on The Challenge. While she did fairly well on Battle of the Exes 2, she had some serious drama with her ex. On Rivals 3 she was sent home after the first challenge because Leroy was injured. Rather than give her a replacement partner, maybe someone she was actually rivals with, production sent her home to make room for an eliminated team to return. Of course, we haven’t seen Averey since even though she has wanted to return. 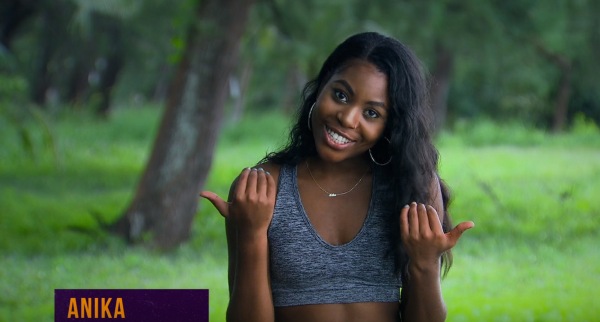 If I’ve ever seen an elimination that could be easily manipulated by production, it was Who’s Got Balls? on Invasion. While Jenna unsurprisingly won, it sent Anika home. I really don’t know how Anika could have done better, but I guess Jenna was faster. Either way, we haven’t seen this beauty back on the show. It’s a shame because Real World: Bad Blood gets no representation any more.

After being sent home on Rivals because her partner quit, Bri was lucky enough to be cast as an alternate on Dirty Thirty. After her first challenge she was immediately sent into elimination because Cara Maria thought the replacement had to earn her stripes and was an easy target even though that mentality caused her a lot of stress on Rivals 2. Bri lost in the elimination, was sent to Redemption, and lost there too. Some may say she was lucky to even get on Dirty Thirty, but it seems all her time on MTV has been filled with misfortune.

While Chuck hasn’t even been eligible to return yet, I don’t think it will be likely. To be honest, no one has been screwed by the game more than Chuck. He laid in a coffin, Britni couldn’t find him, then he wallowed in Redemption until the double cross sent him home without even getting a shot to compete. As much as I disliked the twist, I’m sure Chuck hates them infinitely times more.

Feel free to comment below if there are other competitors you feel should return!