Naturally, production likes these people and want to make them regulars on The Challenge. A good example of this would be Cory. He performed well on his first season (Bloodlines), hooked up with Aneesa, and found himself as the rookie unafraid to throw Bananas into elimination. All of these things made for good TV and fit within his personality, so production wanted him on the next season of the show. Then the next one. Then the next, and so on.

I could tell from his first two seasons that production wanted him to be on the show for a couple of years to come, and I’ve gotten that impression many times over the years. But, some of those people either fizzle out before they come staples or retire way earlier than they should have. These people could have been the next Bananas if they really wanted.

The original Road Rules vote-off, Jisela was a firecracker on Battle of the Seasons. She called out the inner circle and was probably the most outspoken member of the outer circle. Between her Road Rules feuds and her feud with Coral on RW: Back to New York, there was a lot of potential with her storyline. Then, she went on Battle of the Sexes and had a nice relaxing vacation before getting an early ride home. She declined invitations for The Gauntlet and Battle of the Sexes 2, and she appears on The Gauntlet 2 only to throw her Gauntlet so Ruthie could stay another day (in hindsight, production probably wasn’t too mad about that). Jisela could have been the Road Rules loudmouth, but once again, Katie replaced her in that role.

It’s no surprise that Svetlana is on this list, as she was a huge name when The Duel was airing. It’s even rumored that production DQed Beth from Push Me just to keep Svetlana around longer. For about a decade after this, MTV contacted her trying to get her to return. She (allegedly) was going to do The Gauntlet 3 but backed out at the very last minute. Even after this, production wanted her to return multiple times. She declined, and keeps declining, but she could likely get back on the show if she says the words.

Real World: Hollywood’s cast was noticeably absent from most of the Challenge’s history, only having representation on three seasons. On The Ruins and The Duel 2, it’s clear that Kimberly was making waves on the show, eliminating Ruthie and exceeding expectations. She would have been destined to be someone who was sweet but savage, similar to Susie, but after a negative experience on The Ruins she never returned to the show. 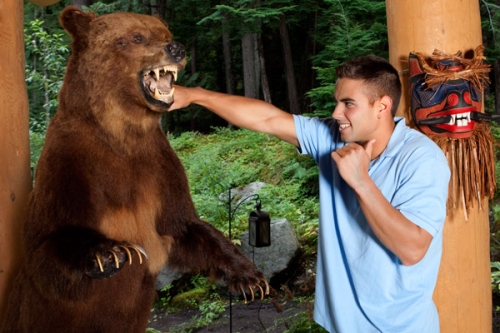 When MTV brings in a new crop of Challengers, it’s clear that some are designed to fit a certain role in the show. On Fresh Meat 2, we were introduced to Pete who filled the all-American frat boy role. Jillian referenced him as MTV’s “golden boy” during the airing of Fresh Meat 2 and he dated Jenn after the show. He was invited to compete on Cutthroat, but declined and never filled the role MTV wanted him in.

Introduced on Fresh Meat 2, CJ was clearly meant to be a strong presence in the game. He really became a focal cast member during his return on Battle of the Seasons. Between his G-rated romance with Ashley K. and his memorable elimination in Hall Brawl, he was one of the most important characters on Seasons. After that show he never returned, likely focusing on modeling. MTV was clearly interested in having him back, but instead we can only see him as an Ellen model or in Dick’s Sporting Goods circulars.

One of the early Are You the One? introductions, Dario came in hot on Battle of the Bloodlines. He was slated to be one of the rookies who was unafraid of veterans like Bananas, and his allegiance to veterans became a part of his storyline on Rivals 3. He seemed to be loved by production and started off strong on Invasion, but then he started dating Ashley K. and his head was out of the game. He reluctantly returned for Dirty Thirty where he spent all season keeping a bed warm, and we haven’t seen him since.

Cousin Vince has an obvious role in these shows, being a built in ally for Bananas. This worked to both of their benefits on Rivals 3 where he finished in second while his cousin won the season. Along the way he was involved in multiple fights and made a number of enemies. Clearly this is the type of drama MTV wanted, but he declined to appear on seasons like Invasion and Dirty Thirty. He’s now married and recently had a child, so a return seems unlikely.

Coming off of Real World: Skeletons, Bruno was a standout cast member. He was hotheaded and argumentative, so he’d probably bring something to The Challenge. After declining immediately after his Real World season, he appeared on a single Challenge episode, left Invasion with a bitter taste in his mouth, and hasn’t come back. Despite this, his hook up with Jenna lives in Challenge infamy and production would have liked him to come back.

As a fan favorite on Big Brother, MTV was banking on Victor to bring some viewers over to MTV. Instead, a negative experience on the show meant Victor would return to CBS (via Amazing Race) and completely scrub his social media of Challenge content. While he clearly didn’t  care about coming back, you can bet production wanted him on Final Reckoning (likely as Shane’s vendetta).

Debuting on Vendettas as one of the Big Brother transplants, Natalie became Banana’s fling on her debut season. She was caught in the middle of a forced love triangle with Kayleigh and Bananas where Kayleigh allegedly “outed” her. This was an interesting storyline, but on War of the Worlds MTV gave her the cold shoulder. Maybe she was boring or maybe they were bitter over Glittergate, but it doesn’t seem like production has any interest in seeing her again.