Everyone loves an underdog, but let’s face it. The underdogs are underdogs for a reason. Sometimes these underdogs manage to shock the house and pull out a win. It doesn’t matter if they’re facing veterans, the opposite sex, or a girl twice their size. The will to win can be a powerful tool.

These ten girls managed to surprise everyone and survive an elimination when the odds were stacked against them. Note, I am not including girls who won due to some loophole or production manipulation. Don’t expect to see Svetlana or Ninja here, we all know these victories live in the gray zone.

Sarah vs. David: The Gauntlet

The first elimination ever. The Real World team voted in David because he was expected to be physically strong but couldn’t swim. The Road Rules team voted in Sarah because she was bad on Road Rules, not because she did awful in the first mission. The elimination, Dead Man’s Drop was all leg strength. Most people expected David to shine, but Sarah proved she has endurance and sent David packing. Sarah managed to win five Gauntlets that season, each one more impressive than the last.

Katie vs. Julie: The Inferno

The Road Rules team threw a mission to get Katie in the Inferno. Then, the Scratch-a-thon elimination allowed teams to apply itching powder to the opposing team’s competitor. As a result, Katie was covered and Julie was barely touched. Well, Katie survived three hours on the treadmill (even smoking during the competition) and went to the tie-breaker. There, she lasted longer in a jumprope competition than Julie. Road Rules threw a mission and lost $10,000 for nothing.

Kimberly vs. Ruthie: The Duel 2 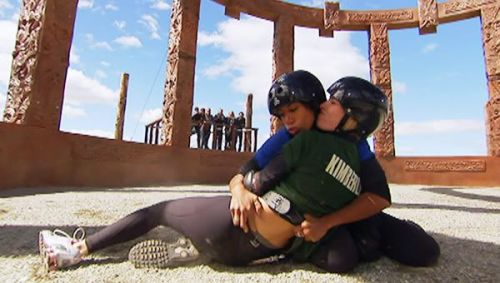 Based on appearance, you’d expect Kimberly to come on The Challenge to pay for a Sephora shopping spree. Meanwhile, Ruthie is known for being small but mighty and someone unafraid to overcome the odds. Well, the whole Duel 2 house was in for a shock when Kimberly defeated Ruthie in Back Off, a game with speed and physical contact. Height likely helped Kimberly, but after the All Shook Up mission everyone expected Ruthie to overcome the height difference.

Jillian (and Pete) vs. Darrell (and Cara Maria): Fresh Meat 2

I place emphasis on the veterans because Pete and Cara Maria were basically unknown going into the first Exile on Fresh Meat 2. It seemed Jillian was a sacrificial lamb while Wes wanted to set a precedent for Darrell who sent him into multiple Exiles on the first Fresh Meat. Well, Jillian and newbie Peter were not going to be scarified so easily. They beat Darrell, a four-time champs, and Cara Maria who’d later become a certified elimination beast. Truth be told, the puzzles were the determining factor, and Jillian was fast and smart. 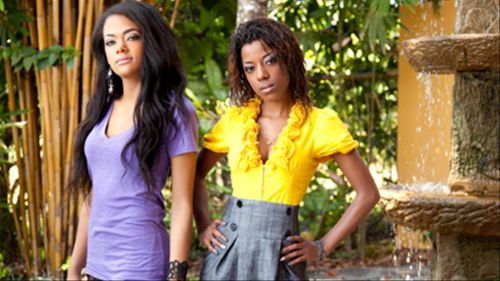 Sarah is known for being a puzzle master while Jasmine and Jonna are known for acting without thinking. When these rookies went into their first elimination ever, they seemed destined to be another notch in Sarah’s belt. Well, it appears the Cancun girls were able to overcome the odds. They communicated perfectly, Jonna telling Jasmine how to solve the puzzle and Jasmine making fast moves. Meanwhile, Sarah didn’t know how to solve the puzzle effiencetly. Katelynn bit her tongue and let the “puzzle master” take control. Bad move, because these rookies were better than expected outsmarted the Brooklyn girls.

After making the Rivals 2 final, Jemmye found herself in the first elimination on Free Agents due to the draw. Meanwhile, LaToya was voted in because she collapsed due to exhaustion on the first challenge. Seemed like an easy win for Jemmye, but LaToya showed her strength during Balls In. She was able to muscle through Jemmye and stay in the game.

Cara Maria & Jamie vs. Bananas & Vince: Battle of the Bloodlines 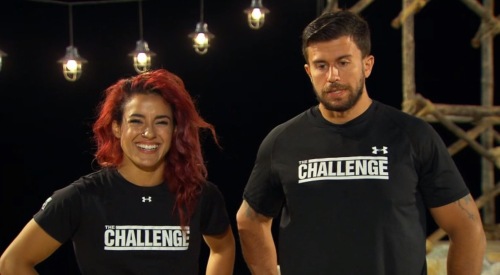 As strong as she is, Cara Maria struggles in a couple of areas. At the top of her list is puzzles, and while Bananas isn’t the best he did elimination CT in a puzzle on Free Agents. When the two enemies faced off in Through Thick and Thin it seemed the Bananas family had the edge. Well, cousin Jamie proved his worth and Cara Maria kept her cool, eliminating the (then) five-time champ.

Camila has won her share of eliminations, but Laurel was 9-0 going into Knot so Fast. Laurel also had a size advantage in the game, but Camila has some serious intensity. When Laurel gassed out, Camila kept going and completed the rope course. She won, serving Laurel her first loss ever.

Georgia (and Hunter) vs. Ashley (and Chase) : War of the Worlds

I separate the girls from their partners because heats were played individually, not as pairs. Despite Ashley winning the first heat of Drone Ball Drop, Chase lost the second so the girls had to go into a tiebreaker. Keep in mind the stakes here: Ashley was in the first elimination of the War of the Worlds winning $1,000,000 last season. Plus, she stole $500,000 from Hunter and is facing off against the British Barbie Doll he just picked up in the draft. Looks were deceiving, because Georgia has more agility than expected and took the ball to victory, sending Ashley and Chase packing.

Tori vs. Jenny: War of the Worlds 2

Despite being a solid competitor, Tori was facing off against Jenny in an extremely physical elimination. We’ve seen a lot of strong girls on The Challenge, but Jenny is in her own league. She is a bodybuilder and built of pure muscle. Tori was determined and narrowly won the first heat in Hall Brawl. The real shocker came in the second heat when Tori body slammed Jenny to the ground and tiptoed past her, proving she has a whole lot of fight in her.