Melissa Reeves, star of The Challenge and Ex on the Beach UK, took to social media to announce she’s pregnant. She has stated her “mini me” is coming later in 2020! 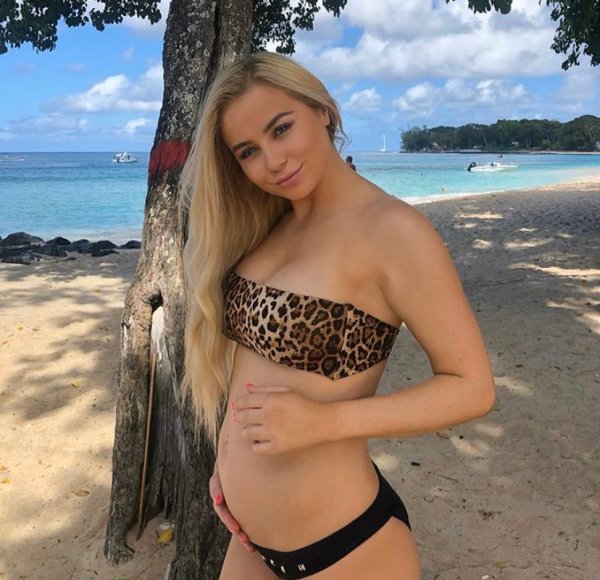 Melissa is known for her feisty appearances on Vendettas and Final Reckoning. During her time on The Challenge she has gotten in multiple fights, most notably on Final Reckoning when she fought Kailah and got kicked off before the first challenge.

Melissa will be appearing on Challenge 35, and it’s unclear if she came on the show very early into her pregnancy or got pregnant after filming. I anticipate learning more in the future, but I am excited for Melissa. I know she will be a badass mom! 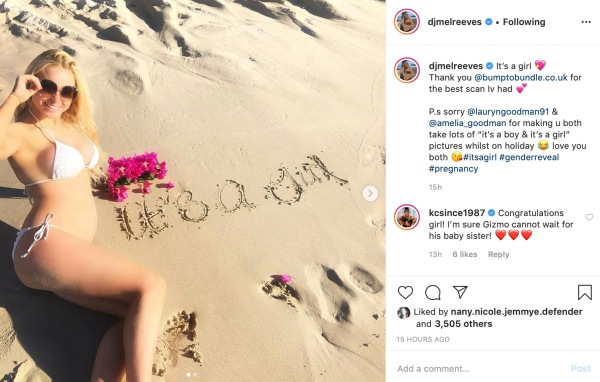 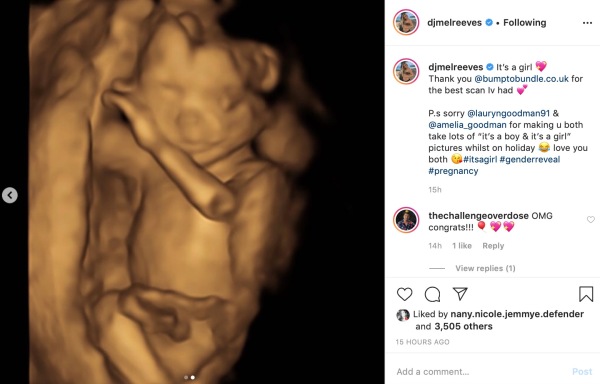