Episode 1 of Champs vs. Stars has aired, and to my surprise, we saw Camila get kicked off the show. Even though her departure was after the first challenge, I really thought production was going to ignore her and act like she was never on this season. When they release the promo pics for this season, she wasn’t featured at all.

However, we did see her get kicked off. We saw some of the story but we didn’t see the whole thing. Here’s the whole story of her departure, at least what we know about it. 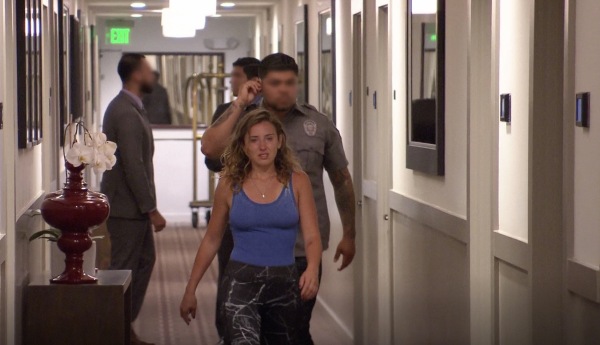 In case you’re still bitter, this is why Camila wasn’t kicked off last season. I’m kind of surprised she was asked back directly after Dirty Thirty, but Champs vs. Stars filmed before the reunion. This may have played a role as to why Camila wasn’t at the Dirty Thirty reunion. Also, production allegedly reedited her rant on episode 9 after filming the reunion to focus more on the racial nature of her language rather than just being a typical “Camilinator” meltdown.

It’s clear from Dirty Thirty and this episode of Champs vs. Stars that Camila has some type of issue, whether it be with anger, alcohol, or both. This is not the best environment for her to deal with these issues, especially because production wants to see the Camilinator. Her outburst this episode begins by the pool where some of the cast is drinking and celebrating Ashley’s birthday. While drinking and swimming are common activities during downtime on The Challenge, Camila took the drinking a little too far. We see her dancing around the pool and grinding on a bag.

This isn’t great behavior, but nothing she’d get in real trouble for. After the pool the cameras aren’t entirely focused on Camila. After all, this is the day where the cast was filming their promo pics so production was likely consumed with other activities. Some of the cast were with Camila, but they weren’t trying to babysit her. Being stuck in a hotel all day, Camila wanted to escape but production didn’t want to let her. So, she punches a production cast member and steal a golf cart to get away. They have to physically stop the cart from moving so Camila don’t do any more damage.

Camila goes back into her hotel, and production is really mad at this point. She locks the door and refuses to let production in. Allegedly, she also threatened to kill herself if anyone tried to do anything which really concerns production. This is when you see someone break the lock on the door and force their way into the room.

Of course, this behavior is not going to fly. Especially on a spin off season where the cast as more freedoms. On the episode we see production kicking Camila off and citing her punching a production member as the rational. Physical violence has always been a rule violation but I’m sure Camila’s mental wellbeing was a big concern as well.

Now she’s gone and production will want to give her some time off before she is considered for a return. In the mean time, we’ll see if we get a replacement…