Last year, rumors circulated that Paulie wasn’t allowed to compete on season 35. He posted a series of cryptic messages on his Instagram stories that came across as threatening.

Apparently some cast members viewed these posts as actual threats. At least, that’s what they told production. 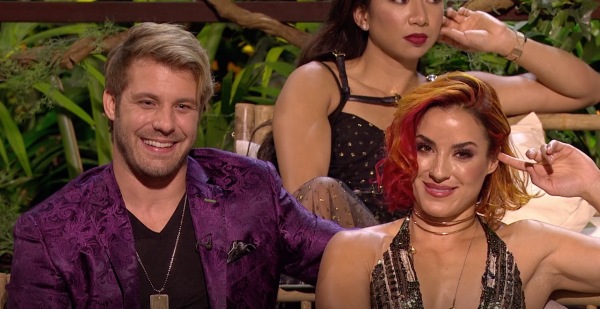 In a recent Instagram Live, Cara Maria finally broke her silence on the issue. Luckily, the Instagram account Challengetea411 archived this story for the world to see.

Cara claims one cast member (presumably Bananas) got all of his drunk and “coked out” followers to “jump” Paulie. By this, she means they berated him with insults and tried to get him to start a fight. Some cast members were also waiting for the altercation with their phones ready. And yes, there is video of the argument.

Now let’s be real. The Instagram videos showed Paulie making finger guns and saying he was “coming” for cast members. We all know Paulie isn’t going to intentionally jeopardize his position on the show. He could have thrown a lot of punches in the past, but he never did. But these types of videos are always a mistake, because they can be used a warning signs. If an incident does occur, cast members could accuse production of ignoring “threats.”

So Paulie didn’t get on Season 35. Cara Maria stayed home with Paulie and her horse. I know her horse is about 30 now, so it’s had a long lifespan. Pretty great for a horse, but it also means the horse has been with Cara for almost her entire life.

What does this mean for the future? Who know, but at least we have some answers about past events.